This is the official wiki of Darkfall Unholy Wars , a videogame by Aventurine SA .

Darkfall: Unholy Wars is a fast paced, PvP centered, MMORPG with full loot that combines Real Time Action and Strategy in a fantasy setting. Players are called to form clans and battle for dominance across the zone-less and seamless world of Agon. Recruit and train new warriors, conquer fortresses and clan cities, engage in epic land and naval battles with thousands of concurrent players to build powerful empires. Darkfall Unholy Wars launch date is April, 16th.

• Massive Land and Naval PvP Battles: Thousands of players can participate simultaneously in wars and sieges on land and sea, in real-time, on a single server.

• A Huge, Seamless World: The world of Agon is a large open world that consists of both land and water and gives the freedom to players to uncover its hidden secrets.

• Flexible Roles: Choose role at will, switching from meat shield to master mage to benevolent healer. Players can switch between roles, skills, spells, and ability boosters on the fly. Develop your skills in all roles and experience the game in a multitude of different ways over time or specialize in a single role and be the one your friends depend on to fulfill that calling.

• Full Loot: You keep what you kill. Players can loot all of the goods from a slain enemy, and vice versa.

• Persistence: Players can affect the fabric of the game world, constructing and fortifying cities across Agon and building empires that last as long as they can defend them.

“Agon, a land that has suffered hundreds of years of divine vengeance and demonic conspiracy, has been given a moment of relief. After declaring war on each other and mortals alike, the Demon and the Goddess have pulled back to reorganize and assemble their forces. If ever there was a time for the mortal races to regroup, reclaim the lands and rise to power, it is now!”

The Darkfall Unholy Wars GUI is designed in order to make the gaming experience faster, quicker and more fun. The main concept when designing the users interface was mostly based on FPS and Action games so players will experience a more instant and accurate combat. Also, many features from the Darkfall Original game are still present. Aventurine examined how the best players of the original game were using the interface and the amendments that they made as the bases to create a fast paced interface for the Darkfall Unholy Wars.

The character progression system in Darkfall Unholy Wars is based on prowess points. Prowess can be gained from all meaningful interactions with the game. From harvesting and crafting, to killing monsters and PvP activities, everything you do will reward you with Prowess Points. The amount of points that you gain will depend on the difficulty or rarity of your achievements. Thus, players' prowess is a representation of their accumulated experiences, victories and achievements throughout the world of Agon. Prowess points can be used as a form of currency to acquire a multitude of skills and boosters within the game. Spending prowess is the only way to improve your attributes, combat and harvesting skills. Crafting can only be improved by using the skill to suceessfully craft items.

The new roles system introduced in Darkfall Unholy Wars requires the player to pick up a role, along with 2 schools from that specific role. There are total four Roles, the Warrior, the Skirmisher, the Elementalist and the Primalist. One of the schools is set by the player as the primary and the other as the secondary, and each school contains 4 skills/spells, and the ultimate, the most powerful in that school. The biggest difference between the primary and secondary schools is that you can only use the ultimate from your primary school. The skills/spells available in the secondary school have full potential, but require more mana and stamina, and have increased cooldowns and charging times compared to the primaries [1].

The Warrior role consists of two schools, the Baresark and the Battle Brand. Baresarks like close combat, and specialize in dealing with multiple enemies and their skills affect anyone that is standing near them or crosses their path. His skills are the following:

The Battle-Brand is a very strategic role, he is the ultimate defensive warrior, designed to keep fighting for as long as possible. In more details, the skills of the Battle Brand are the following:

The two schools of the Skirmisher role are the Deadeye and the Brawler. The Deadeye is extremely skilled with the bow, and can utilize it to damage single targets or even small groups. His skills are the following:

The Brawlers’ competitive advantage is his maneuverability and endurance. They quickly move in and out of combat, dodge attacks and take advantage of their surroundings better than any other role can. The Brawler skills are the following:

The two Elementalist's schools are the Fire and the Air. The Fire Mage specializes in dealing large amounts of damage from long range.[2] His skills are the following:

Air Elementalists are masters of wind and lightning. Summoning thunder and fierce winds they are able to keep attackers from getting within striking range. This alone makes them truly formidable on the field and a force to be reckoned[3].

The Air Elementalists skills are the following:

The Primalist is the new and anticipated Role added to Darkfall Unholy Wars. More than just a support role, he is the healer and protector of his group and can help turn the tide of any battle with his interventions. Below you will find a breakdown of the Primalist’s Life and Law school, complete with the descriptions of the spells each school features.

The Primalist school of Life will focus upon healing others.

The Primalist school of Law will allow righteous smiting of enemies, self healing, as well as defensive abilities. 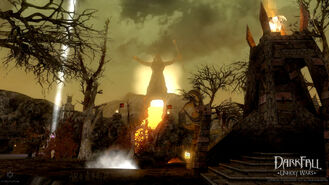 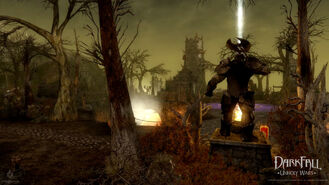 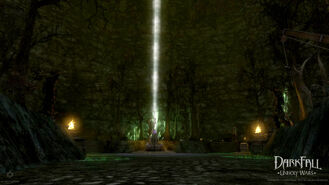 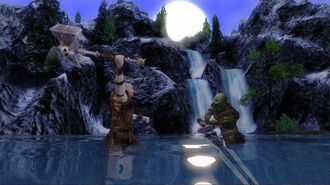 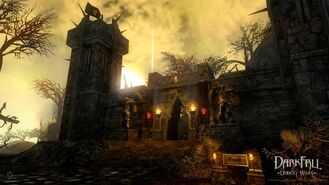 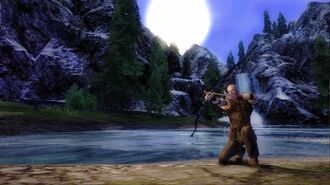 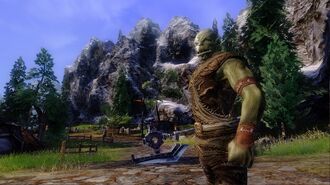 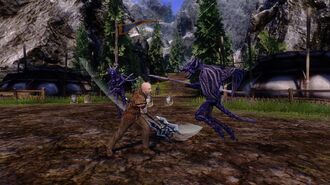 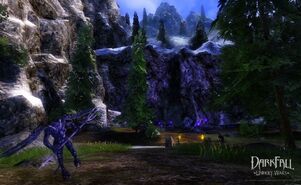 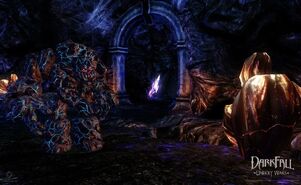 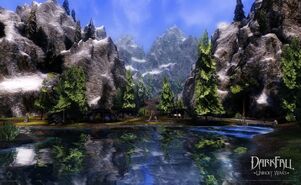 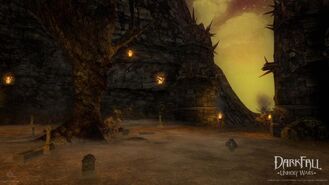 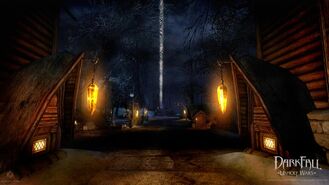 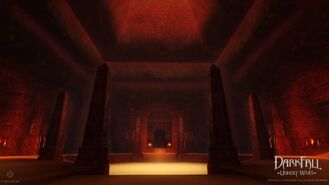 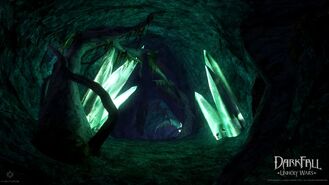 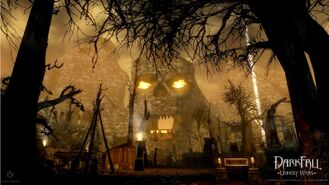 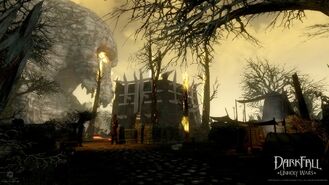 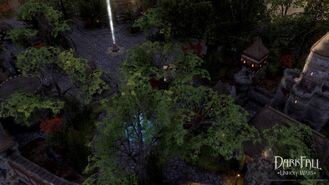 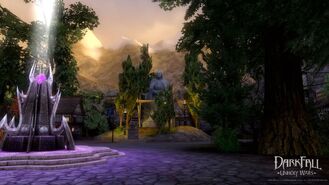 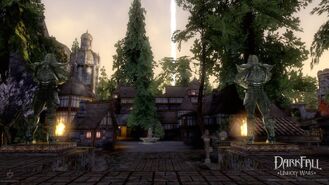 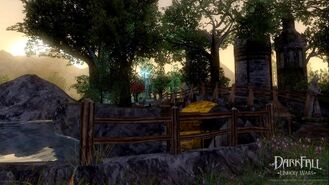 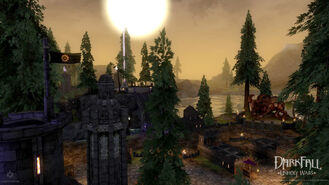 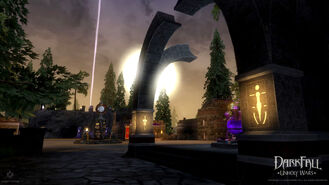 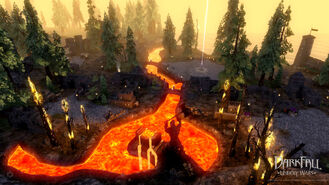 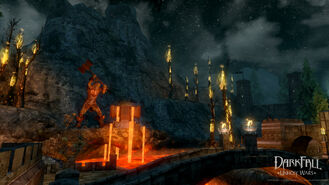 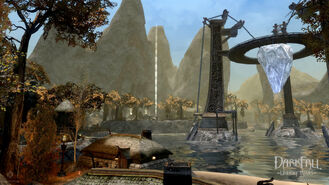 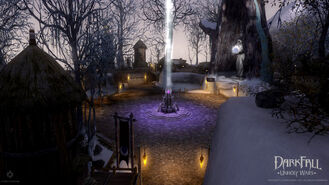 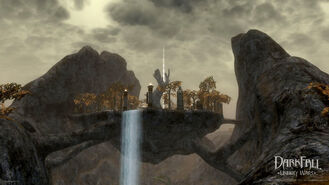 Add a photo to this gallery

Retrieved from "https://darkfall-unholy-wars.fandom.com/wiki/Darkfall_Unholy_Wars_Wiki?oldid=4213"
Community content is available under CC-BY-SA unless otherwise noted.